Hollie Brooks: “We doubled, then tripled turnover and profit!” 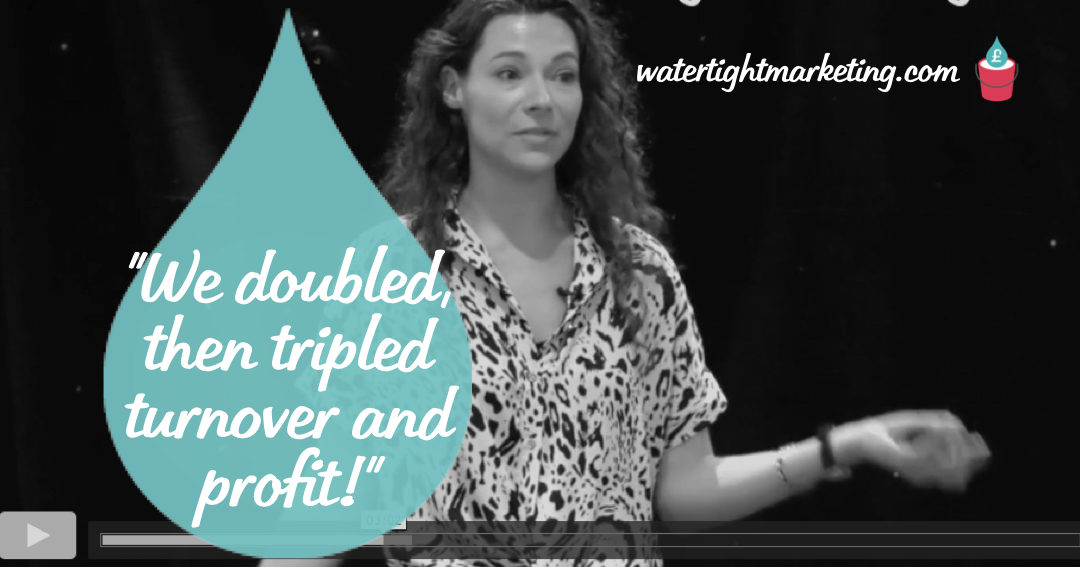 ← Back to Case Studies

Hollie Books, co-founder of Audenza, talks about how they’ve used Watertight Marketing as the operating system to drive steady growth for their online retail business at the Confidence & Clarity Conference 2018.

“We are Audenza, online homeware retailer, purely online, we don’t have any bricks and mortar, just online. You may have noticed there’s a slight resemblance between the three of us, we are a family-run business, and so I founded the company in 2012 with my sister Amelia, and my mum Jacqui. It’s still family-run and we do have an assistant now as well, but still very much a small business. I think it’s probably important to say at this point that before we started Audenza, we hadn’t come from a high-flying career or a business and marketing background. In fact I personally spent most of my time travelling, picking up odd jobs, random jobs along the way just so I could afford to stay away a little bit longer.

Without the foundations and the confidence that Watertight Marketing has given us, we wouldn’t have been able to take that leap.

We completely rebranded last year, we redesigned and rebuilt our entire website, and we also changed our company name. Our previous name was MiaFleur which some of you may recognise, which was fine for when we started, but the company grew and so did we, we needed a name for a lifetime really. So Audenza is derived from Latin and it means to be bold, daring, or courageous, which is exactly how we feel we should approach decorating online. It was the single biggest decision since 2012, well it was a huge decision actually, its not one we took lightly. We knew we’d probably take a temporary step-back in terms of growth, but we felt it was the right decision for us, and fortunately it is already starting to pay off. However, without the foundations and the confidence that Watertight Marketing has given us, we wouldn’t have been able to take that leap.

In Year 1, following Masterplan we doubled both turnover and profit, and tripled profit in the following year, which is pretty phenomenal given the marketing budget that we have to play with. Yes, we’ve seen fantastic results but we are still a small company, in fact we’re a micro business, and it’s been very much an organic growth. We’ve had no outside investments since we put our own personal money in when we first launched, pretty much all of our marketing thus-far has been done in-house by ourselves, with very little budget. So, what I’m trying to get across is, you don’t have to have a large team of staff to see results, if you’re thinking about doing masterplan you don’t need a big team of staff to see results, but if you haven’t got a big team of staff, you need to work hard. As is usually the case with most things!

The Touchpoint Leak Assessment is the foundation of everything for us. It underpins our entire marketing strategy.

I can’t talk about our success without first telling you that Watertight Marketing has been absolutely instrumental in that for us. The Touchpoint Leak Assessment is the foundation of everything for us. It underpins our entire marketing strategy. It was a revelation when we came across Watertight Marketing, it really was. Reading the book changed the way that we think of marketing but the support, the guidance, the ideas, the deeper understanding that we have from doing the course, that’s when it all really-really started to click.

The bottom-up approach, that again completely changed everything for us. Everybody has been talking today about taps and Bryony talks a lot about it, and how that’s what everybody thinks of as marketing. Yeah that’s what we thought of as marketing, I thought we could just try to get people in at the top-end. And that’s why we’ve been able to have such great results with our profit,—  because actually we worked out where we were wasting money on our marketing. And I guess it’s looking at that, it’s looking at that first.

We used to think that good customer service was being polite, friendly and getting back to people promptly… We’ve since learnt that every single Touchpoint in the customer journey contributes to customer service.

So, on that note, ‘People will forget what you said, people will forget what you did, but they will never forget how you made them feel’, I came across that quote just this week, and I thought it just resonated perfectly with this methodology. We used to think good customer service was being polite, friendly, getting back to people promptly, but actually we’ve since learnt every single Touchpoint in the customer journey contributes to customer service. Such is the emotional connection that we’ve now been able to build with our customers, a recent lady commented in a review and said she’s going to name her new house Audenza!

But of course a few people sitting there are thinking, ‘Okay, that’s marvellous, great for you, but how would we create that emotional connection?’ Well, for us the way we did it was, instead of one big thing, or two big things, it’s lots of little things — we changed loads and loads of things. When we first launched we hid in the background a little bit, we thought that being a small business was perhaps a negative point, and not something to be shouted about, that people might not trust us. But working with Bryony and Watertight Marketing made us realise that people need to know us, they need to feel that connection. So, its been about a series of branding us personally, which is what Jo [Elliot] was talking about as well.

We’ve always had styling tips and a lot of product information on the product pages, but it was Bryony’s idea actually to put a photo of one of the founders next to those photos. So, again, it’s just a small thing but loads of those little things, and you start to create some real emotional connections with your customers. We created an Ultimate Copper Styling Guide for Funnels. Funnels is quite a tricky thing to do in creating gateway products in a product-based retailer, it was a bit of a tricky thing to do, we’ve come up with quite a few ideas — one of which was to develop PDF downloadable styling guides.

As a small business owner it can be really easy to be hard on yourself, and to focus on all the things you haven’t achieved, rather than all the things that you have. So, having somebody there to cheer you on, to say ‘Well done’ — that is so, so important.

We get a lot of traffic from Pinterest, we don’t actually have that many followers, we have about 3,000-4,000 followers, but we have over a million monthly views on our Pinterest account, so the traffic coming from that is phenomenal. My wonderfully marvellous creative sister designed a copper colour palette which has been shared thousands and thousands of times across Pinterest and linked back to one of our blog posts. Well, people aren’t ready to buy then, they’ve seen your blog-post, they’re not ready to then say, ‘Oh great, okay I’ve read that one blog-post, now I want to buy’, what they might want to do is then get a little bit more information, it’s that time for data thing. So, we developed our own downloadable buys and when we had this at the time, it’s not going at the moment, but at the time it increased newsletter sign-ups by over 40%.

One of the other areas, we did pretty well with, is we invested some serious time in our lifestyle photography. My sister again, very creative talented person, self-taught photographer, self-taught graphic designer, all that malarkey, and we’ve been able to use that lifestyle photography, again its part of a trial, so people can see our products in a lifestyle setting, and they can see how it works and can imagine it in their home. That’s been really useful for us, it also creates share-worthy content, so people love that content, they share it across social media, it gets shared across print. Print/magazines are declining in circulation they haven’t got time and money to do all the shoots that they used to, they want to take and fill a full A4 page with somebody’s image that looks really pretty. Great, we can provide that for them, and all they do is tell everybody to come to our website. So, what Watertight Marketing has really allowed us to do here is… I was going to say capture the traffic that we have! But to utilise the traffic, and to give them those stepping-stones on the path to purchase.

Another thing for taps, we’ve come up with some novel content ideas, such as our 7 Reasons Not To Buy From a Small Company. This is a blog post that we created, and as you would expect it’s a tongue in cheek play on controversy, and it’s been really affective, it’s been one of our most shared blog posts ever. Obviously we have to be a little bit careful with creating controversial content, so as not to be on the wrong side of controversy, but as we found playing it right can be really-really affective.

I just want to conclude by saying, Masterplan for us has been a really great source of support. Bryony mentioned in one of her Facebook live videos recently about the importance of having a mentor in business, and Bryony and Cheryl and some of the other consultants, have been unofficial mentors for us in many ways. As a small business owner it can be really easy to be hard on yourself, and to focus on all the things you haven’t achieved, rather than all the things that you have. So, having somebody there to cheer you on, to say ‘Well done’, that is so, so important.

Thank you very much.”

We are holding our conference in March 2023 and the focus of the sessions will be around 'Growth in challenging times'. The full agenda and tickets can now be purchased.

Get a weekly dose of marketing clarity direct to your email inbox.

Equip your people with a proven methodology to underpin healthy business growth.

Work hands-on with us to audit and transform your organisation-wide marketing capability.

Join our friendly members’ club to get the right marketing ticked off each month. 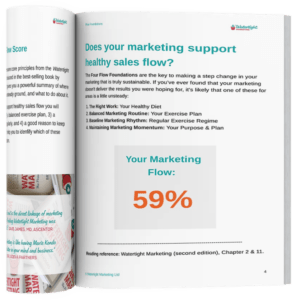